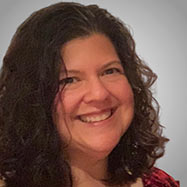 Shelly Bell is the author of the popular Benediction and Forbidden Lovers series. Her book, Blue Blooded, received a Top Pick from Romantic Times Book Reviews and was nominated for an RT Award. At His Mercy, the first in her Forbidden Lovers series, was named a Top Pick from Romantic Times and received a starred review from Publisher’s Weekly. When she’s not working her day job, taking care of her family, or writing, you’ll find her reading the latest romance or thriller. Shelly is a member of Romance Writers of America and International Thriller Writers.